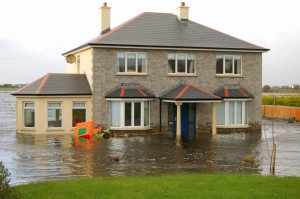 We often get this question (usually from someone over 40) that goes like this: “Why is my homeowners insurance getting so expensive. And why is car insurance more than ever before?”

Inflation: Here the easy answer. Someone who’s been buying homeowners or auto insurance for 30 years will have certainly see an increase. That’s because $500 in 1985 dollars is worth about $1000 in today’s dollars. So sure, it’s going to look like auto and home insurance is costing more. (Health insurance actually does cost a lot more than it used to, but that’s a completely different blog!)

The cars are getting more expensive (as is health insurance): A new Honda Accord cost $8,800 dollars in 1985. The 2015 starts at $22,000. Compare that to the inflation numbers above…new cars cost more than they would had they followed the inflation rate. A lot of that comes from safety features, as well as the dozens of extra features we’ve come to expect.

Rates are also higher because health insurance is getting more and more expensive, which means that liability coverage amounts have to be higher than they used to be.

The homes are getting much more expensive, and you have more stuff: The typical home in 1970 was 1,400 square feet. The typical home today is around 2,700 square feet. In the case of a total loss, that’s nearly twice as many doors, twice as many studs, twice as much paint, twice the toilets (or three or four times as many), twice the shingles, twice the drywall, and the finished basement which 30 years ago might have just had the washer and dryer…all of this has to be replaced if there’s an all-consuming fire. And as most homeowners know, the more space you have, the more you fill. Most people have three couches instead of one, two or more TVs, and more Halloween decorations than entire neighborhoods had 30 years ago.

So yes, insurance has gotten more expensive, but that’s because we’re covering so much more than ever before. Want to learn more? Come into our Rapid City or Spearfish offices to find out more.