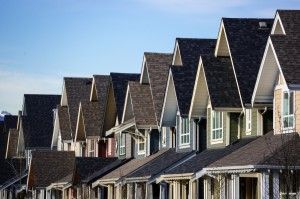 Whether you pay your home insurance every year in one lump sum or have it taken out via escrow every month with your mortgage, you’ve probably noticed that it tends to go up a little year after year. But why? If you haven’t made a claim, why is there an increase. Are the insurance companies simply trying to make more and more money?

Not always. There are usually forces in play that are invisible to you but that will definitely affect your homeowners insurance rates.

Natural Disasters (that are nowhere near you): Hurricanes! Earthquakes! Terrorists Attacks! Rapid City has exactly zero of those! So why are the events happening thousands of miles away affecting your insurance rates?

It’s because most insurance carriers are nationwide, so in order to offset the cost of claims in some areas, both the affected area and unaffected areas will feel the increase. For instance, when the Black Hills flood occurred in 1972, the rates of people in Brooklyn and San Diego went up to help rebuild our city.

Inflation: Homeowners insurance goes up because of the inflation in our economy, just like everything else.

Your neighborhoods claims: From the moment you buy your house, the neighborhood in which you live affects your rates. If your neighbors make a lot of claims, the rates of everyone in the neighborhood will rise, whether their claims are due to burglary, vandalism, or a natural event such as a hailstorm.

Unfortunately, there’s really not much you can do about any of these situations. If you’d like to see if changing carriers could lower the cost of your homeowners insurance, we can help you find out. Stop by or contact us today in Spearfish or Rapid City.