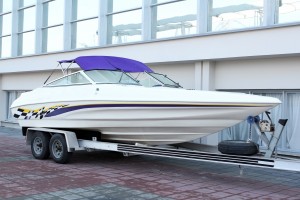 One of our first blogs was about how good a deal home insurance is. After all, you’re covering your incredibly expensive home and most of the articles inside for a relatively small amount every year. It’s certainly the type of insurance that most people see the most return on if something should ever go horribly wrong.

But not everything is covered, because not everyone has the same stuff in their homes. That’s where home insurance riders come into play. What might not be covered?

Watercraft: Although many people store their boat alongside their home, maybe even under a lean-to or in the garage, it’s not covered just because it’s on your property. If your house burns, your boat isn’t going to be covered unless you also have boat insurance or a rider on your home insurance policy.

Small Business Equipment: If you run a small business out of your house, it’s possible that the equipment you use is covered just by your homeowners insurance policy (please check with your insurance agent). But you probably have more in there than you think, especially if you’ve added to it over the years. Computers, printers, scanners, external hard drives, flash drives, and even software could very well put you over the limit that is allowed

Jewelry: Here’s another category that most people don’t even think about, for two main reasons. First of all, people tend to accumulate jewelry over time. Over the course of five years they might get a $200 piece for Christmas, a $700 piece for an anniversary, and a $300 dollar piece for mother’s day. These three pieces alone top the $1,000 limit that is allowed in most basic homeowners insurance policies.

Second, people are often unaware of the value of their jewelry. Many times it’s given as a gift, other times it’s inherited. Either way, most people have a lot more money in jewelry than they even realize.

Hobby equipment: If your hobby doesn’t include collecting something, maybe it involves the tools you need to engage in it. Camera equipment, woodworking tools, high-end cooking gear…all of these can cost thousands of dollars, and when they get over a certain amount none of them are covered without a proper rider.

Exercise equipment: Most people spend $100 to $200 on a new bicycle. Others think nothing of spending $3,500. Guess which one really needs a bike rider.

Oriental Rugs: While the oriental rug market isn’t exactly thriving here in Rapid City, you might want to have yours appraised if you inherited one. Oriental rugs have limited coverage, so it’s important to make sure that you’re covered if yours is worth a lot.

Firearms: While a couple of inexpensive firearms are usually covered by a homeowners insurance policy, you’ll want to talk to us about a rider if it comes anywhere near being a collection.

As you can see, you don’t always know when you need a rider until you take a good look at the stuff around you. Take a look at your current home insurance policy to see if you’re covered in the event of a fire of break in. Then stop by to make sure your stuff is covered.