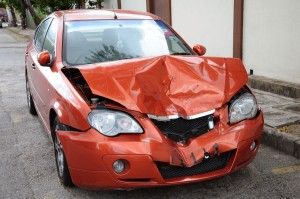 Today we talk about the last three factors that determine your insurance rates. Truth be told, a carrier will probably use dozens of variables, but the ones we’ve touched on in this blog series hold the most weight and are easiest to understand.

First we found out how age, gender, and the age of your car can determine your car insurance quotes. After that we revealed that your marital status, credit score, and the car’s safety rating all go into determining your rates. We’ll finish by telling you all about:

How much you drive, and where: The less you’re on the road, the less likely you are to get into an accident. People who commute and spend two hours a day in a vehicles are more likely to have a crash and make a claim. The good news around Rapid City and Spearfish is that there aren’t many two-hour-a-day commuters, and the area isn’t very densely populated, which leads to fewer accidents and thefts.

Vehicle size: While large vehicles are generally more safe than smaller vehicles, it’s not always the case. Carriers will judge your vehicle by using independent studies that show crash ratings and rollover ratings. Plus, cars with larger, more complex engines are more expensive to insure because the repair costs are greater.

Your previous claims and driving history: Saved the big one ‘till last, didn’t we? After you’ve aged out of the “dangerous teenager” rates, this is probably the single biggest determiner of the car insurance quotes you’ll receive. How many accidents have you been responsible for? How many of those had claim associated with them? And how many traffic/speeding tickets have you gotten? The kind of driver you are can often offset the kind of driver they think you will be, so your driving history is a huge part in determining your rates.

Phew! There you go…a three part series with 10 of the biggest factors that determine your auto insurance rates. When you’re trying to find the most affordable car insurance around, call or stop by the Rapid City and Spearfish offices of Black Hills Insurance. You’ll be glad you did!