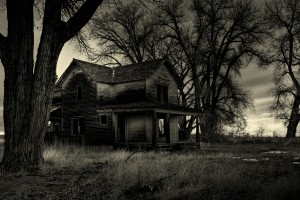 We deal with the same types of insurance every day, and sometimes it’s fun to take a look at some of the weirder policies that people have purchased. We’ll, weird to you, but we’re sure they were perfectly normal for those who bought them.

Haunted House Insurance: We’re talking about the haunted houses that spring up every fall and cater to the Halloween crowd. Each year they get scarier and scarier as people are seeking more intense thrills. But when you invite thousands of people onto your property, it’s important to have extra insurance in case something goes wrong. While chances are slim that the fake chainsaw will do anyone any harm, there is always the chance that someone with an undiagnosed medical condition could literally be scared to death.

“Real” Haunted House Insurance: You’ve probably seen the paranormal investigators shows like Ghost Hunters, Ghost Adventures, or The Dead Files. Since they’ve never found single ghost, we’re not sure why there are over a dozen of these programs on the air. But we do know one thing…the investigators are walking around in the dark in a house they just arrived at on that day. So there’s a pretty good chance that someone will eventually fall down the stairs or knock a water-heater pipe out of place. While not technically homeowners insurance, they do have to have special policies to cover them while they’re in someone else’s home.

Death from above!: What’s the worst thing that can happen to your home? Fire? Flood? How about a meteor strike! People are getting more and more prepared for doomsday scenarios, and “death rock from the sky” seems to be one of the most common.